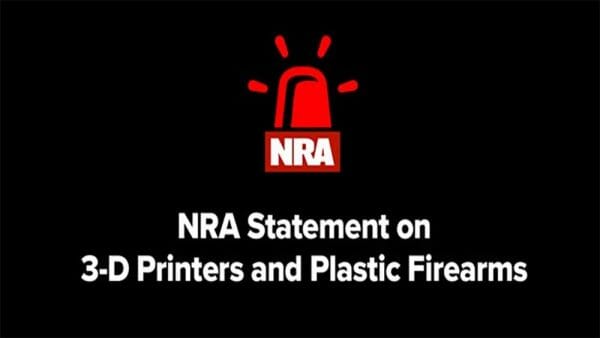 “Many anti-gun politicians and members of the media have wrongly claimed that 3-D printing technology will allow for the production and widespread proliferation of undetectable plastic firearms.”

“Regardless of what a person may be able to publish on the Internet, undetectable plastic guns have been illegal for 30 years. Federal law passed in 1988, crafted with the NRA’s support, makes it unlawful to manufacture, import, sell, ship, deliver, possess, transfer, or receive an undetectable firearm.”

About:
Established in 1975, the Institute for Legislative Action (ILA) is the “lobbying” arm of the National Rifle Association of America. ILA is responsible for preserving the right of all law-abiding individuals in the legislative, political, and legal arenas, to purchase, possess and use firearms for legitimate purposes as guaranteed by the Second Amendment to the U.S. Constitution. Visit: www.nra.org