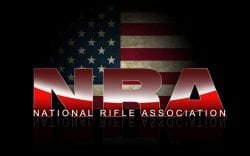 National Rifle Association leader Wayne LaPierre didn’t inform most of the organization’s 76-member board that it planned to file bankruptcy in January, according to the Associated Press.

Wayne LaPierre, the National Rifle Association’s (NRA) CEO and executive vice president, admitted to not informing much of the group’s board of its bankruptcy filing during his court testimony Wednesday, the AP reported. The powerful gun advocacy group filed for Chapter 11 bankruptcy on Jan. 15 in an attempt to move from New York to Texas, stressing it was in its “strongest financial condition in years.”

While LaPierre said he consulted with the three members of the NRA special litigation committee prior to filing bankruptcy, he didn’t tell most board members and other leaders of the decision, according to the AP. He didn’t elaborate on the reason for the secretiveness and he was never asked by lawyers about the decision.

“We filed this bankruptcy to look for a fair legal playing field where NRA could prosper and grow in a fair legal environment,” LaPierre said during his statement, the AP reported.

LaPierre said that the NRA, which has $50 million in net assets, believed New York had become a “toxic, politicized, weaponized” environment. NRA lawyers have consistently presented the bankruptcy filing as a means to escape a hostile political environment, the AP reported.

New York Judge Harlin Hale who is presiding over the case said it is “the most important motion” he’s ever heard, according to the AP.

“I don’t think this would have been my first option or my second option or my third option,” Jeremy Fischer, co-chair of the American Bankruptcy Institute’s Bankruptcy Litigation Committee, told the Daily Caller News Foundation in January. “I don’t know that bankruptcy is a great fit for what they’re trying to do. I think it would be an option of last resort.”

The move was also criticized as a “Hail Mary” attempt to escape increasing legal pressure by authorities in New York where the NRA has been based for nearly 150 years. New York Attorney General Letitia James filed a lawsuit against the NRA seeking to completely dissolve the group over fraud allegations in August.

“I see it as a Hail Mary for them,” Adam Levitin, a Georgetown University professor who specializes in bankruptcy, told The New York Times. “They may know they’re dead in the water if they don’t get out of the [attorney general’s] grasp.”