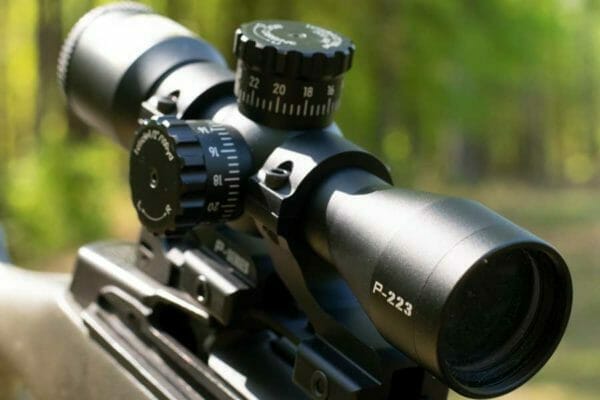 U.S.A. -(AmmoLand.com)- In life, you can never be too good looking, too rich or have too much ammunition – but you can definitely have too much magnification. Which seems counter-intuitive; how could making your target clearer and larger be bad?

Ask any deer hunter how hard it is to find a target in a 12 power scope from a stand that’s starting to move. It’s like playing Where’s Waldo with your face six inches from the page – you might get lucky, but you’re more likely to get lost.

That’s one of the reasons that the US military chose the Trijicon ACOG for combat troops. It gives them increased precision, range and target identification speed without sacrificing too much situational awareness.

And while I love my Trijicon ACOG, I’m acutely aware that shooters on a tight budget can’t always spend $1,000 on a fixed power combat optic. So what’s a solid alternative? A Chinese-made optic of dubious quality that looks neat and cost $50?

Now, most of you are probably thinking, “But Nikon isn’t a budget brand, will this really save me any …Read the Rest