New Trial for Self Defense, School Shooting at NAU 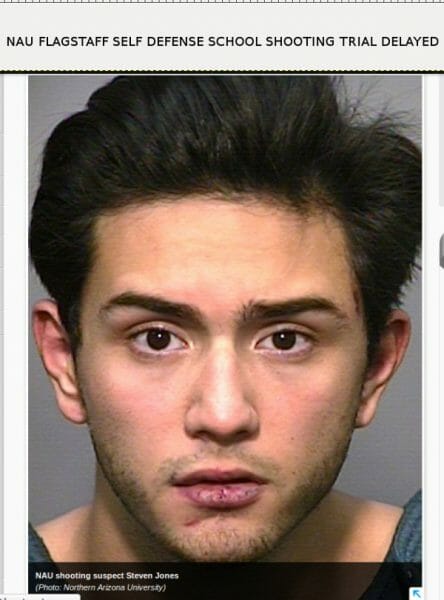 Arizona -(Ammoland.com)- On 18 October, 2015, an 18-year-old student, Steven Jones, was attacked by a drunken mob of fraternity members. One member ran up to Jones and sucker punched him.

Jones two friends were on the ground defending themselves. Jones ran to his car and retrieved a legally owned pistol. At least one of the fraternity member ran at Jones, who fired, killing one and wounding two others.

The incident was initially characterized as a school shooting. Jones cooperated with authorities. They charged him with first-degree murder.

As more evidence became available, it was learned that everyone Jones shot was legally intoxicated with alcohol. Most had traces of marijuana in their system. No alcohol or drugs were found in Jones blood.

The trial ended in a hung jury and mistrial. The judge immediately stated that Jones would face a new trial, starting on 1 August, 2017. This is a bit unusual.

Prosecutor offices usually take a little time to decide whether a new trial is in the best interest of the community, or not. Judges do not make that decision. Apparently, the prosecution informed Judge Slayton of their decision …Read the Rest