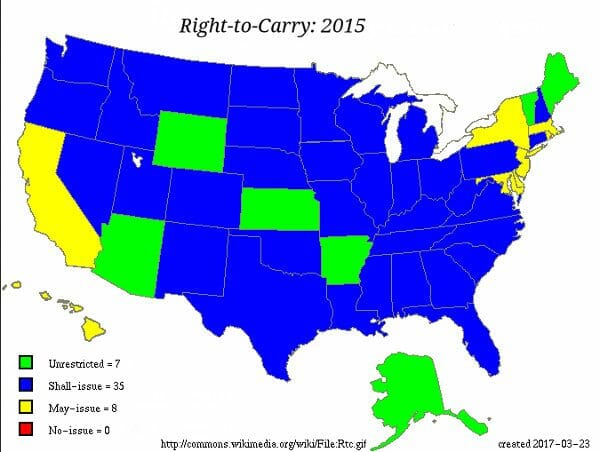 Arizona -(Ammoland.com)- -A new study of violent crime and concealed carry law found no correlation between them.

The study compared homicide and violent crime at the state level with changes in concealed carry law over a 30 year period, from 1986 to 2015. During this period there were substantial changes in the laws regulating the carry of concealed weapons. From the study:

During the study period, all states moved to adopt some form of concealed-carry legislation, with a trend toward less restrictive legislation. After adjusting for state and year, there was no significant association between shifts from restrictive to nonrestrictive carry legislation on violent crime and public health indicators. Adjusting further for poverty and unemployment did not significantly influence the results.

This study demonstrated no statistically significant association between the liberalization of state level firearm carry legislation over the last 30 years and the rates of homicides or other violent crime. Policy efforts aimed at injury prevention and the reduction of firearm-related violence should likely investigate other targets for potential intervention.

The study was published in the Journal of the American College of Surgeons.

This study confirms what …Read the Rest