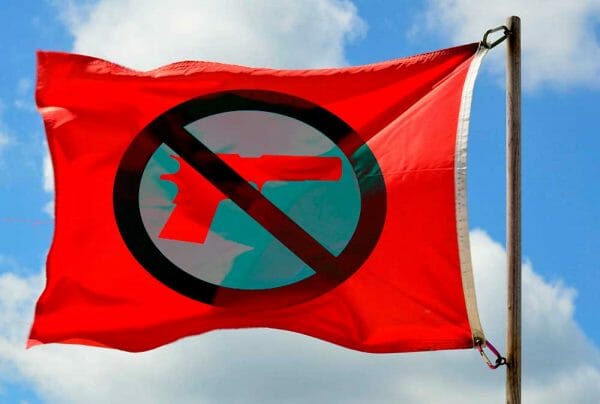 A “red flag” law is also known as an extreme risk protection order (ERPO). An ERPO allows police to remove firearms from a gun owner if a judge determines that the person is a danger to themselves or others. The issue that gun rights advocates have with ERPOs is that the court proceeding is held in secret without the gun owner being able to defend themselves against the charges.

The burden of proof in an ERPO hearing is very low. Any family member, roommate, or neighbor can go to the police to seek an order. Studies show that 98% of all warrants that police seek are approved by the courts. It has cost the accused upwards of $10,000 to get their gun rights back. Gun rights organizations such as Gun Owners of America consider these orders as violating the Due Process Clause of the Constitution.