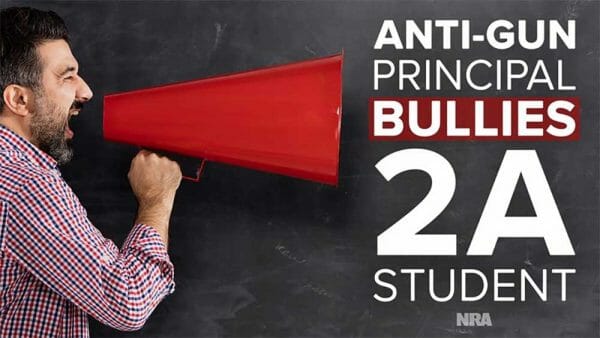 Fairfax, VA – -(Ammoland.com)- The last person you expect your kid to be bullied by is his school principal.

But that’s exactly what Lisa Riley, the mother of a recent high school graduate from Carlsbad, New Mexico, says happened to her son.

Last year, Principal Adam García Amador of Carlsbad High School allegedly tried to “bully” Will Riley into silence as he planned a nationwide walkout in support of the Second Amendment.

Despite those alleged threats, Will Riley went on to lead a successful nationwide high school walkout, Stand for the Second. Lisa Riley wrote in a letter to the school board claiming that Adam García Amador “supported and assisted” gun control advocates in their walkout, but threatened her son with criminal charges over his planned walkout.

Riley writes that in his first meeting with her son, Amador was “hostile and rude” to her son and even claimed, “the Second Amendment is not even a part of the Bill of Rights.” …Read the Rest