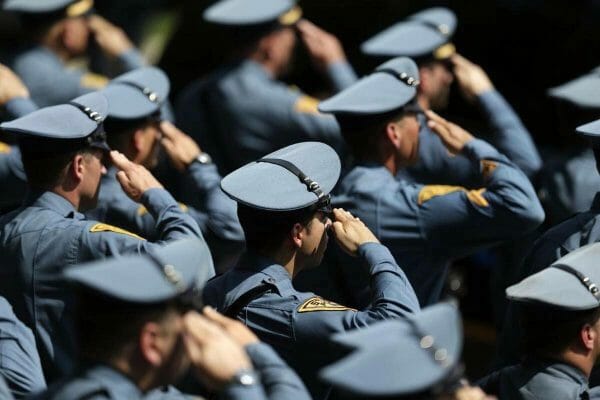 USA – -(Ammoland.com)- “To appease everybody, I had my firearms stored someplace else,” New Jersey gun owner and Army veteran Leonard Cottrell Jr. told New Jersey 101.5 after a June 14 visit from State Police,. “That way, during the course of the investigation, my son doesn’t have access to them and it’s on neutral ground and everything and everybody’s happy.”

Cottrell was recalling state troopers showing up at his door to confiscate firearms after his 13-year-old son was overheard discussing lax school safety with a friend.

Indoctrinated by a pervasive snitch culture — one that never seems to deter the blatantly obvious demonic nutjobs — the eavesdropping student told his parents, who told school administrators, who in turn called the cops. (Note “If you see something, say something” carries risks of its own – if you report the wrong person, you could end up smeared as a “hater.”)