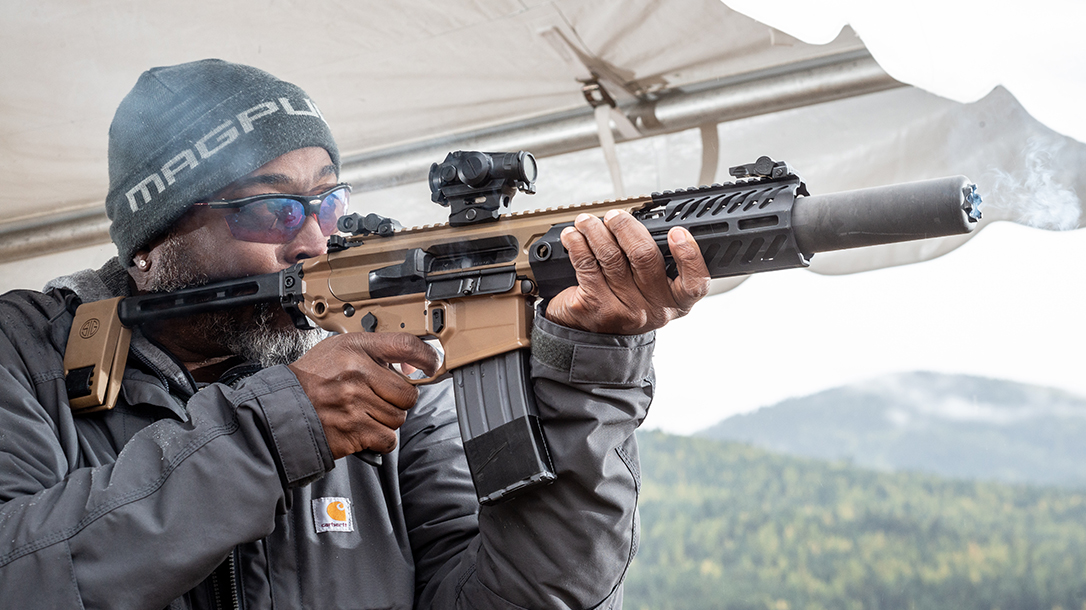 SIG Sauer recently announced the release of its newest piece of gear, the SIG Pivoting Contour Brace (PCB). Along with being sold as an aftermarket accessory, select MCX and MPX series rifles also feature the new product.

Firstly, the PCB arm pivots a full 360 degrees and utilizes an I-beam construction. Also, a 1913 rail mounting interface and the ability to fold flat for storage add to its versatility. Moreover, the PCB comes in both black and coyote tan, according to SIG.

“This new pivoting contour brace has been reengineered to increase functionality,” said Tom Taylor, Chief Marketing Officer and Executive Vice President, Commercial Sales, “The minimalist design of the brace makes it lightweight, and by design there are more points of contact between the brace and the user increasing control for better accuracy, while the 360-degree pivoting arm only enhances the overall user-friendliness of the brace to enhance the shooting experience.”

“With the SIG Sauer Pivoting …Read the Rest