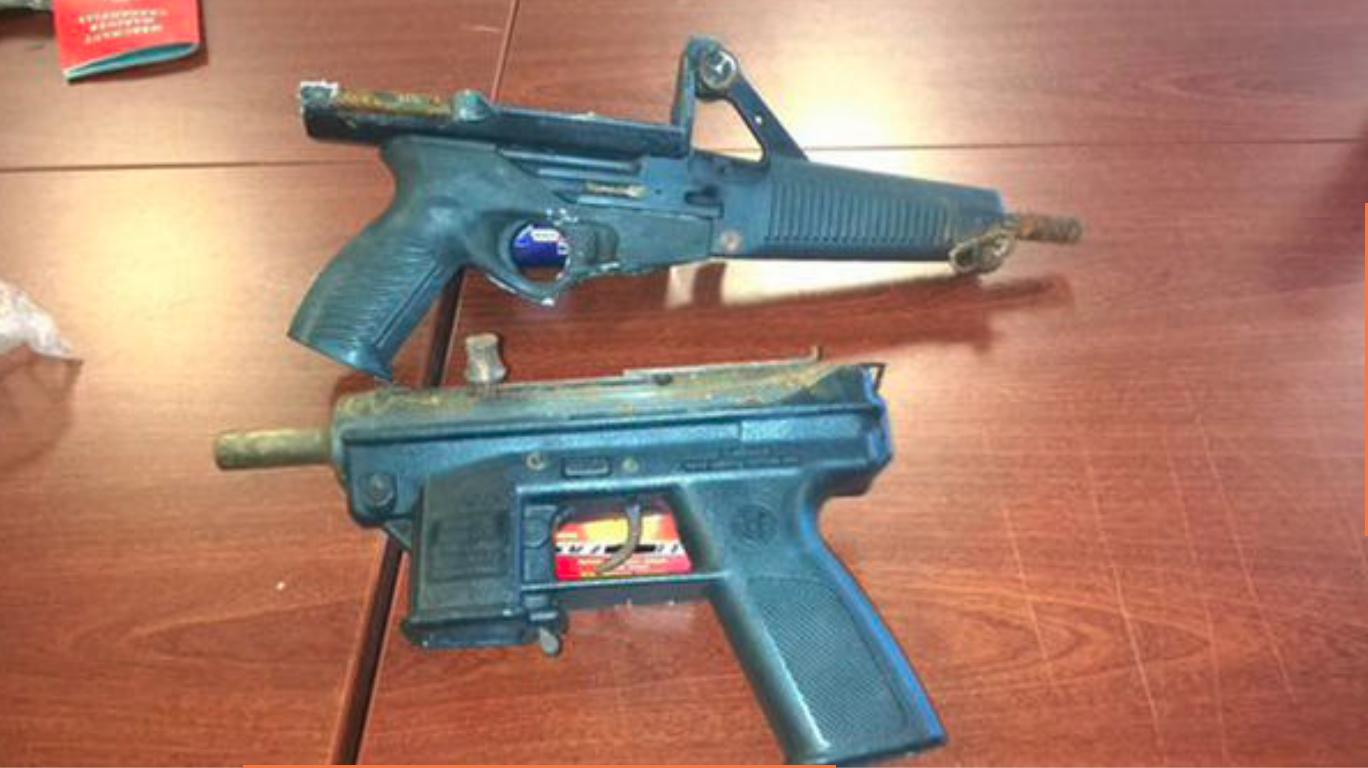 “A man stopped for public drinking on Staten Island had two submachine guns on him, police said.” That’s the 411 (911?) from nbcnewyork.com. “When the officers opened the bag, police say they found an Intratec Model AB-10 submachine gun and a Calico Model M-9 submachine gun.” Even though the correct models of the pistols are given in the story, they are still misidentified as submachine guns. With all the scorn that has been heaped on media outlets for their ignorance about guns over the last 60 years, you would think that news reporters or editors would . . .

perform a quick Google search to check facts before reporting on firearm models. My impression is that they don’t because they are busy (who isn’t) and because they are *proud* of their ignorance about guns. It shows that they are a “real progressive.” Anyway, you can see from the picture above that the pistols have been badly abused. The corrosion is serious. It’s not clear if the guns still function.

Looks can be deceiving. I’ve seen firearms that looked like rusted junk become completely functional with a little …Read the Rest