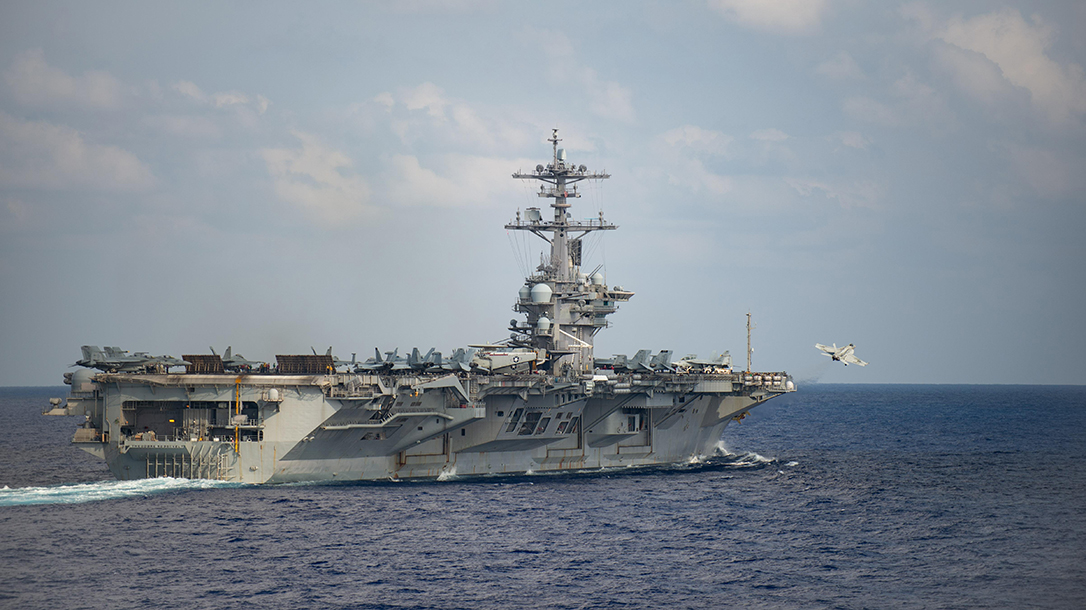 “We are not at war. Sailors do not need to die.” Those are the cryptic words of Navy Capt. Brett Crozier, published by the San Francisco Chronicle Tuesday. The words came in a letter from the captain of the mighty aircraft carrier Theodore Roosevelt, sidelined with crew members sick from COVID-19. The letter comes as a now very public plea to the U.S. Navy to help sailors aboard one of America’s most important Nimitz-class ships.

We reported Friday that the Theodore Roosevelt headed to port in Guam, an outbreak of COVID-19 infecting at least 19 sailors at that time. The number of infected reportedly now numbers more than 100, surely drastically affecting the ability of the ship to perform its duties. But even more immediate, Capt. Crozier pleads for the welfare of his sailors.

“This will require a political solution but it is the right thing to do,” Crozier wrote, according to sfchronicle.com. “We are not at war. Sailors do not need to die. If we do not act now, we are failing to …Read the Rest