Nano and a Passport: Everyday Carry Pocket Dump of the Day 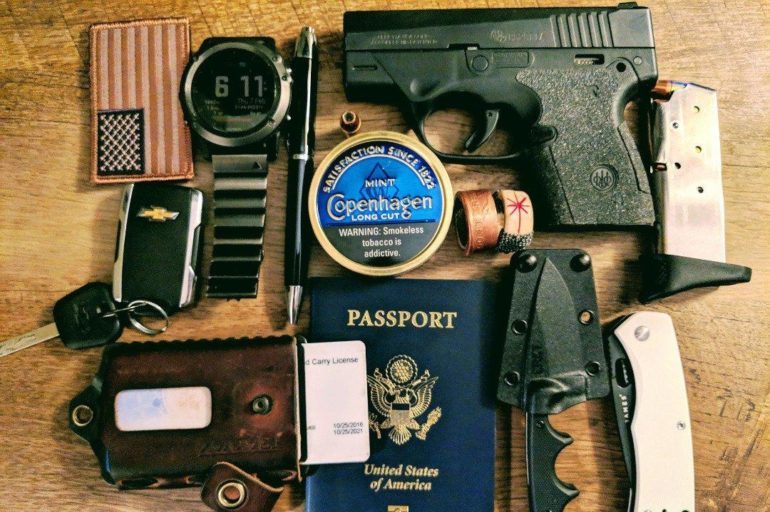 A Beretta Nano, a CRKT Minimalist fixed blade, and a passport are front and center in this pocket dump. It comes from Paul somewhere in the United States who said, “Homemade ring antler one copper don’t tread on me. +P remmi 9mm hollow ammo. Chambered at all times cept for the photo. American flag Velcro […]

The post Nano and a Passport: Everyday Carry Pocket Dump of the Day appeared first on The Truth About Guns.