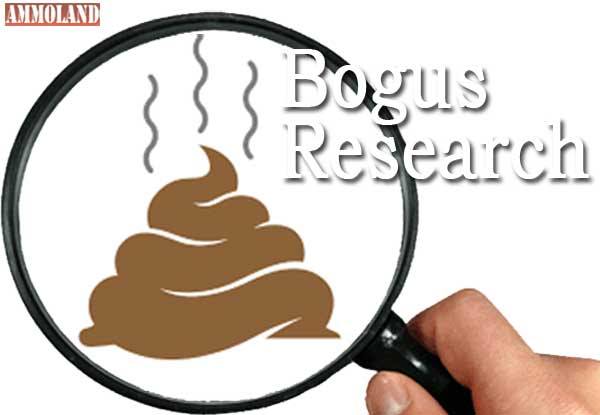 USA – -(AmmoLand.com)- This is one for the annals of fake news. A federal agency is blundering around with erroneous but inflammatory data on a major topic of national contention, it gets called out by a government-supported news outlet … and it does nothing about it. Our Corruption Chronicles blog peeks into the window of this fun house.

In an amusing story, a government-funded media outlet notorious for its liberal slant found that the overwhelming majority of school shootings listed in a federal report never occurred.

The embarrassing blunder involves Department of Education (DOE) figures stating that schools around the U.S. reported an alarming 235 shootings in one year.

National Public Radio (NPR) launched an investigation and actually contacted every one of the schools included in the DOE data, which was gathered by its Office for Civil Rights. The figures focus on the 2015-2016 school year and reveal that “nearly 240 schools…reported at least 1 incident involving a school-related shooting.”

Three months later, after every school was contacted by NPR, the stats changed drastically. More than two-thirds of the reported gun incidents never happened, according to the news outlet.

“We …Read the Rest