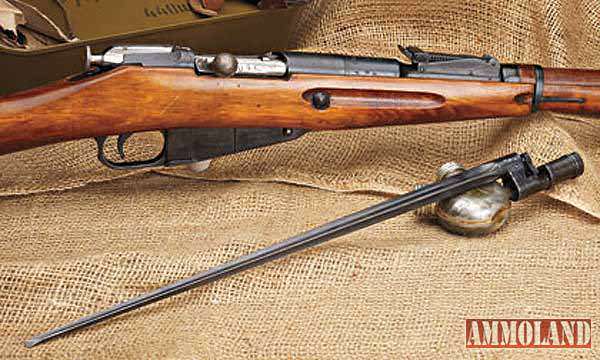 Opinion on the lasting legacy of the Mosin Nagant Rifle.

Ft Collins, CO –-(Ammoland.com)- “Nations have no perpetual ‘allies,’ nor ‘enemies.’ Nations only have ‘interests.’” ~ Lord Palmerston in England (1835), but re-quoted many times by subsequent politicians, from Charles de Gaulle to Henry Kissinger.

During WWI (before the USA, in the aftermath of the sinking of the Lusitania, got actively involved), the USA was, at least officially “neutral” and was thus merrily supplying arms to many active combatants, particularly Russia and the UK.

Russia bought American-made 1895 Winchester lever-action Rifles, as well as American-made Mosin-Nagant bolt-action Rifles from Remington and Westinghouse. Some Mosin-Nagants were delivered, but the 1917 Russian Revolution saw the installation of a sinister new government, and Russia, consumed with its own internal conflict, promptly dropped-out of the War.

The new Communist government ultimately refused to make any payments to Remington, nor Westinghouse, so the US government partially bailed-out both companies, in the process taking possession of large numbers of American-made Mosin-Nagants.