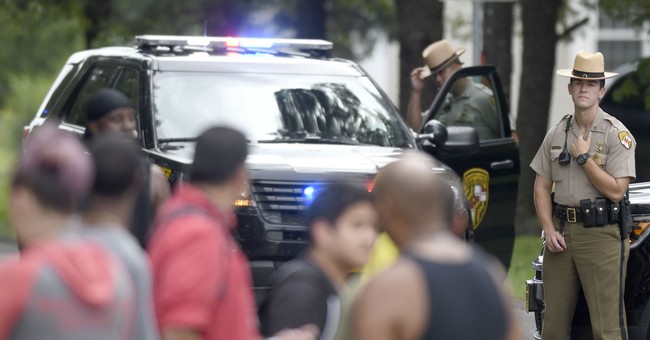 The tragedy that unfolded in Maryland yesterday was troubling. As the media has noted, it’s the third workplace mass shooting in just 24 hours, which is just…weird.

However, this one also showed that with mass shootings, things aren’t always universally true in these events.

A mass shooting broke out Thursday in Maryland at a Rite Aid distribution center, about 35 miles northeast of Baltimore. Police say a 26-year-old woman armed with a handgun opened fire on coworkers. Three were killed and three others wounded. The woman then shot herself and later died.

First responders arrived on scene just after 9 a.m., about five minutes after the shooting began.

Terrified employees poured out of the facility as police and medical first responders arrived, finding a horrific scene where seven people had been shot.

Three of the victims died and three others were seriously injured.

The seventh was the shooter, identified by police as Snochia Moseley, a temporary employee of the facility.

“Our suspect is a lone female suspect, age 26, who had a last known address in Baltimore County,” Harford County Sheriff Jeff Gahler said. “She has died at the hospital from a fatal injury, self-inflicted gunshot wound.”

She used …Read the Rest