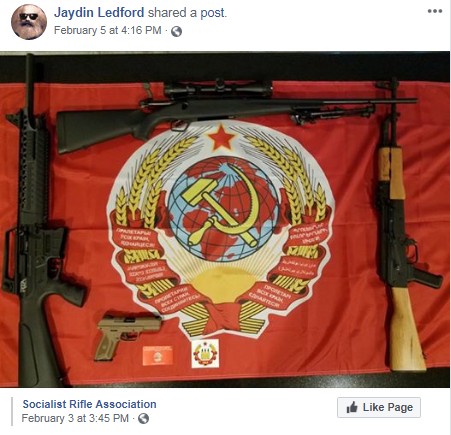 U.S.A. – -(Ammoland.com)- A Washington “gun control activist” is facing federal charges after threatening to shoot sheriffs who have publicly pledged not to enforce citizen disarmament edicts. On Friday, Heavy.com posted one of its “Five Fast Facts” on the young, self-identified Marxist who “admitted to FBI and Secret Service investigators that he had every intention of carrying out the violence he talked about on social media.”

There’s no need to reword here what plenty of others have written about the “suspect” or about the I-1639 measure that triggered him. For that reason, I also see no need to name him or post his mug shot. Instead, I’d like to use this space to make some observations I don’t see being widely discussed.

For starters, the guy’s “embrace death” url Facebook page and posts are still up — at this writing — and that’s unusual for a few reasons.

He’s posted real threats of violence, such as “f*****g republican terrorists i am going to kill every single one of them” and “I-1639 is …Read the Rest