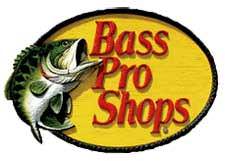 As a special tribute to the 40th anniversary of TRACKER Boats, the Toyota Camry will feature a ‘throwback’ paint scheme reminiscent of the brand’s 1970’s history.

Heading into Darlington as the defending Southern 500 champion, Truex remains number one in the NASCAR Cup Series in several categories including driver points (971), playoff points (35), stage wins (15) and race wins (4).

With two races remaining before the playoffs, he is in position to clinch the regular season championship if he can leave Darlington with at least …Read the Rest