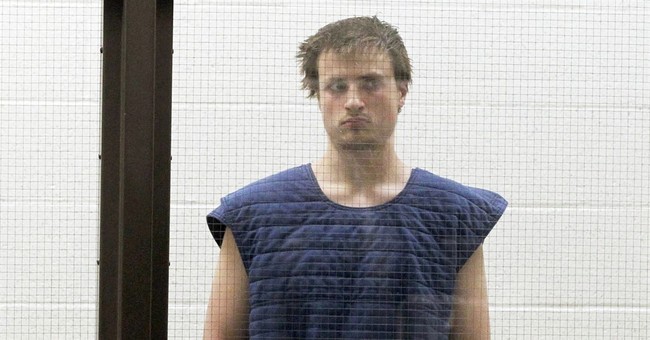 Some people just seem focused on doing evil. They don’t care who they hurt. Half the time, they don’t seem to understand how they may even hurt their cause. They just want to hurt and kill people because that’s who they are.

Someone the authorities describe as one of those people is off the streets and sentenced to seven years in prison.

James Wesley Howell, 22, pleaded no contest to possession of an explosive chemical, malicious possession of a destructive device and illegal weapon activity, according to a news release issued by the Los Angeles County district attorney’s office.

Santa Monica police arrested Howell on June 12, 2016. Inside his car, police found three rifles — including an Anderson Manufacturing AM-15 .223 caliber rifle that police described as an assault weapon — and two 30-round magazines.

In addition to the guns, Howell was also driving with a full five-gallon container of gasoline and a 25-pound container of “Shoc-shot,” a commercially sold two-component explosive that detonates when hit by a high-velocity rifle round, Santa Monica police said at the time.

“The amount of explosives in the container would have posed a grave danger to both persons and property had the explosives been detonated, …Read the Rest