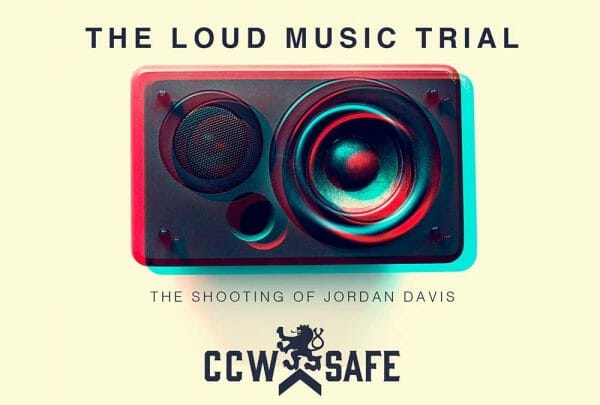 USA – -(AmmoLand.com)- Michael Dunn is one of the relatively rare criminal defendants who endured two trials and faced two juries for the same incident.

Dunn fatally shot seventeen-year-old Jordan Davis at a convenience store parking lot after an argument over the loud music Davis and his friends were listening to in their red Dodge Durango. While Dunn claimed Davis made death threats, displayed a shotgun, and attempted to get out of his car to attack him, no evidence or witness testimony corroborated his account. Dunn fled the scene and failed to contact law enforcement. A witness memorized Dunn’s license plate number, and detectives apprehended Dunn at his home the next day. He was eventually charged with one count of first-degree murder for the shooting of Jordan Davis, and three counts of first degree attempted murder for firing at a car full of teenagers as they sped away. The state threw in a charge of throwing or firing “deadly missiles” for good measure.

During the first trial, scrappy criminal defense attorney Cory Strolla, operating on a shoestring budget, made an impassioned argument that the state failed to disprove, beyond a reasonable doubt, Dunn’s claim that …Read the Rest