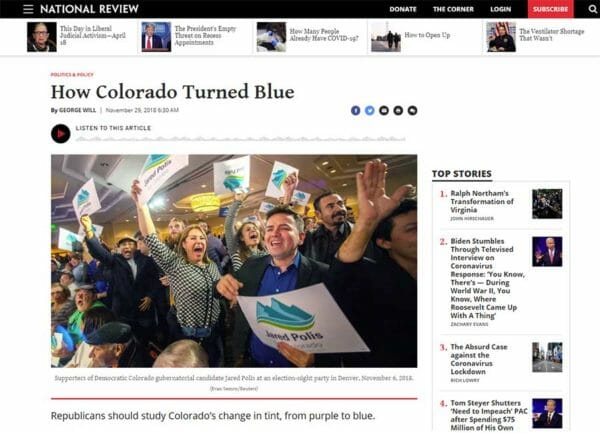 Rifle,CO -(AmmoLand.com)- Colorado is a beautiful state. Between the rolling hills and snow-covered mountains stretching into the clouds, the picturesque landscape has been a go-to skiing destination for decades. And while the state has been red or purple for nearly as long, the last election proved that its citizens are prepared to vote Democrat if only as a referendum against President Trump.

Which is remarkable if only because Colorado Springs was once considered the fourth most conservative city in America. But shifting demographics of the state as a whole, and the disdain many of its Hispanic voters have for Trump and his yet-to-be-built-wall, sounded the death bell for the Republican Party in CO when Governor Jared Polis was elected. The anti-Second Amendment Polis has a long history of championing liberal cause célèbres even when doing so runs contrary to The Constitution, so it was no surprise when he backed Red Flag laws back in April of 2019.

The fact that Polis was electable at all flies in the face of previous voting trends in the state. Since CO was …Read the Rest