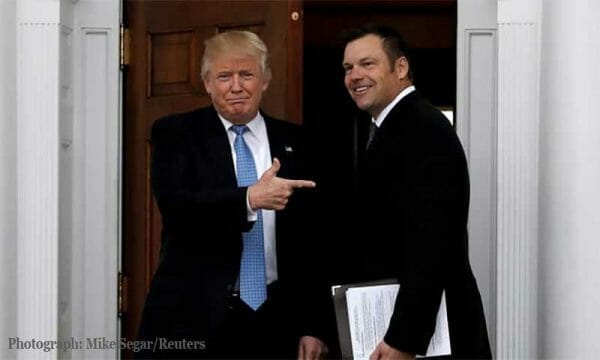 Kansas – -(AmmoLand.com)- The historic Republican Primary for Kansas Governor is over.

Many political insiders expected a drawn-out battle over provisional ballots, a potential recount, and even possible lawsuits. But Governor Colyer declined to delay the results, knowing that every delay only gives other candidates a head-start.

The concession and endorsement of Secretary Kobach was an honorable move by Governor Colyer, and the Kansas State Rifle Association respects him for it.

There is no question Kris Kobach will be the most pro-2nd Amendment Governor in Kansas history. He has pledged to make Kansas the #1 state in America for the free exercise of our cherished 2nd Amendment rights, and he has the record to prove his sincerity.

Meanwhile, Kobach’s major opponents have been fighting viciously to prove which of them will push the most radical gun control agenda as Governor.

We can’t risk a loss in this crucial race. While the governor’s race stole significant attention this year, that doesn’t discount other …Read the Rest