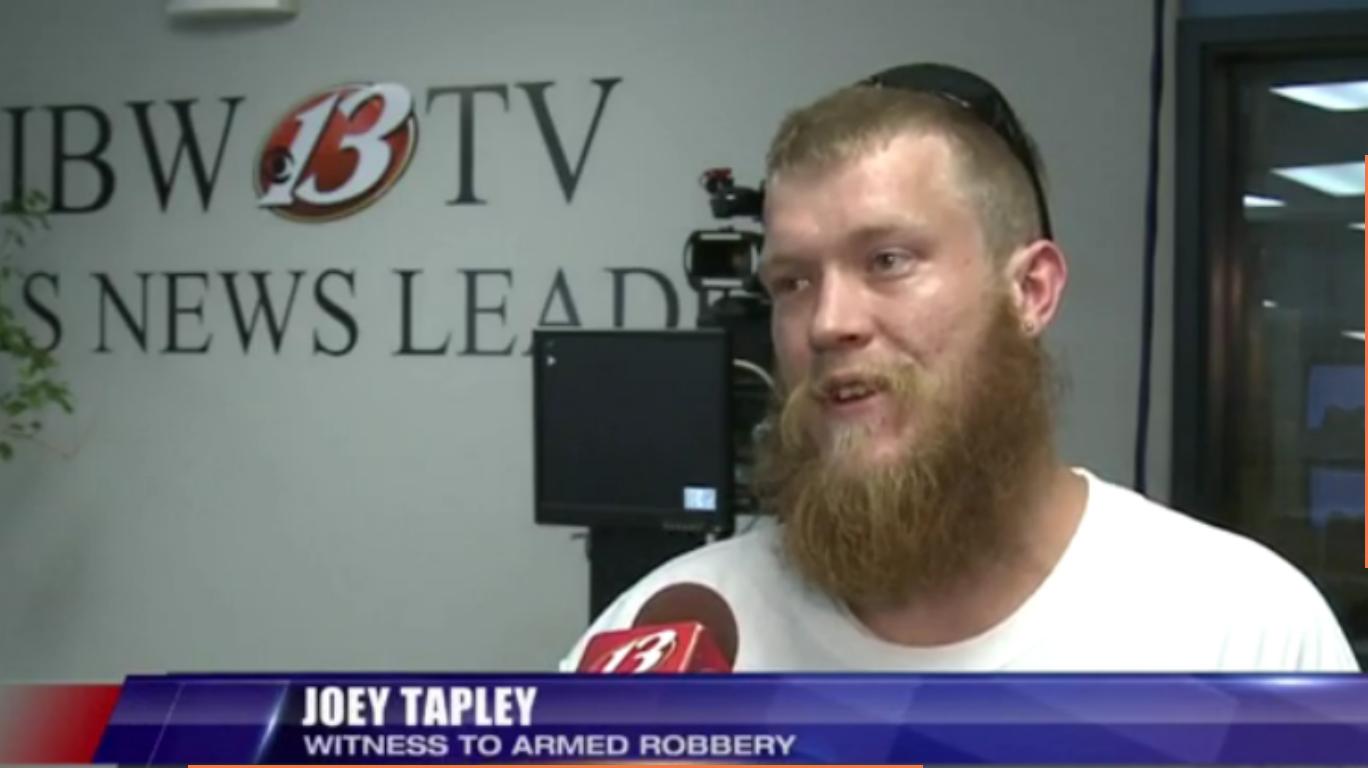 When Kansas Governor Brownback signed the Constitutional Carry bill on the second of April this year, disarmists predicted streets running red with blood. The law went into effect on July first. Two weeks later, a young man, Joey Tapley, carrying a pistol without a permit foiled a robbery attempt at an Academy sporting goods store. Many would say that robbing a gun shop is a really stupid idea, and it shows in this attempt. From wiby.com . . .

Tapley followed the three suspects described only as white males ages 16 or 17, after they stole several rifles and an undisclosed amount of cash. Once outside, Tapley pulled out his own weapon.

“I told him drop the gun man, mine is loaded , just drop the gun. We made eye contact for a second or two and he dropped two guns and ran,” said Tapley.