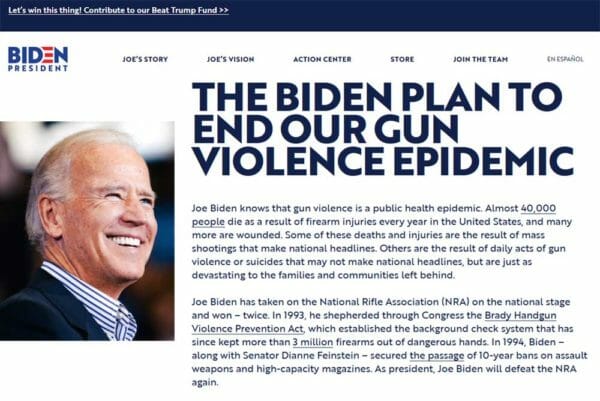 It’s worth noting he released his plan just one day before Democratic candidates were scheduled to promote their various gun control notions in front of an approving audience on the national stage that’s being sponsored by – surprise, surprise – the gun control groups Giffords and March for Our Lives. It’s also worth noting the plan doesn’t actually address crime but targets law-abiding gun owners.

The former vice president would reinstate the 1994 Assault Weapons Ban but would take it a step further. He’s tiptoeing around the “confiscation” debate and instead proposing a national voluntary “buyback” of the existing 16 million lawfully and privately-owned AR-15 modern sporting rifles.

Don’t worry if you won’t want to use your tax dollars to fund a buyback for a firearm for which you’ve already paid – and paid taxes on. Biden says he’s got a …Read the Rest