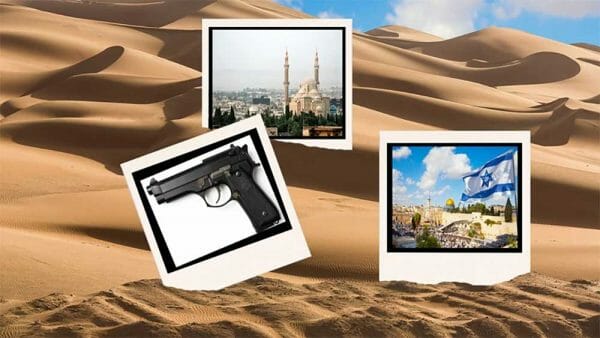 Fairfax, VA – -(Ammoland.com)- A pair of Middle East countries is reexamining their approaches to gun control. Earlier this month, Israel moved forward with it’s previously announced plans to make firearms more widely available to the civilian population. In nearby Iraq, the government has shifted policy to allow for Iraqi civilians to legally acquire firearms for self-defense.

Last month, Israeli newspaper Haaretz reported that the Ministry of Public Security was examining plans to relax the country’s may-issue firearms licensing procedure in order to combat the threat of terrorist violence. The announcement followed measures taken in 2015 that opened the nation’s restrictive licensing scheme to more active and reserve officers in the Israeli Defense Force. At the end of 2015, there were 264,679 firearms licenses for Israel’s 8.5 million people; 143,943 of the total were private firearms licenses, while security guards accounted for the other 120,736.

On August 12, the Ministry of Public Security published changes to the regulations governing firearms license eligibility. The move took effect on August 20 and expanded the categories of those eligible to …Read the Rest