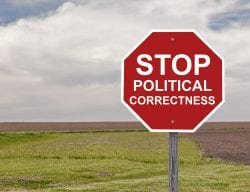 Some Americans recognize the dangers of insanity. Most would agree that allowing insane people to run wild is not a good thing for societies.

American never wants to treat the insane, inhumanely. Instead, we all want the best for every citizen – regardless, and that’s the number one justification for paying taxes to ensure societal safety and living harmoniously.

There are many miracle drugs coupled with therapy used to restore mentally ill patients. Successful treatments restore their rightful roles in society. It’s no longer a mystery illness.

President Trump has recently announced considering reopening mental health hospitals across America. Is this an acceptable path leading to a better America or do we just give up and do nothing?

Discounting the megaphones being geared up constantly yelling this is a ‘racist’ idea, don’t we owe him a hearing to see if his plans would help? Is hobbling President Trump a better idea than fixing the problem?

In order to ensure an understanding of insanity and its dangers to a society, let’s put our arms around the topic…

Insanity – A derangement of the mind. In legal terms: such unsoundness of mind as frees one from legal responsibility, as for committing a crime, or as signals one’s lack of legal capacity, as for entering into a contractual agreement.

In Psychiatry, it is referred to as a psychosis involving extreme foolishness; folly; senselessness; foolhardiness: a foolish or senseless action, policy, statement, etc.: a mental disorder characterized by symptoms, such as delusions or hallucinations, that indicate impaired contact with reality.

While most Americans would quickly suggest this state of mind is not anything to celebrate, we currently have groups of people where this is not only encouraged but a requirement for membership and leadership.

These sorts are easily spotted since they have the loudest mouths, always angry, mean spirited, never smiling, incoherent thought, unable to debate any topic, and a total lack of ‘accurate’ education.

Of course, we also have people that are less recognized but more dangerous hiding behind pulpits, corporations, and government desks. Disguised as worthy inspirations of public leadership, they use their power to extinguish citizen rights and liberties.

Does anyone remember after 9-1-1 a moniker was employed, “If you see something, say something!” Why aren’t Americans remembering to do this?

Could it be insanity is so rampant, people are beginning to think it is ‘normal?’ Heaven forbids! This is not anything to treat lightly or allow to gain momentum.

The insanity defense – not guilty by reason of insanity, is abused in America and this ‘loop-hole’ must be abolished.

Insanity must never be accepted as an astute defensive court maneuver eliminating accountability, instead the court must first automatically accept an admission of guilt for the criminal charge.

If the crime involves using any inanimate object threatening or harming another person (rape, robbery, theft, murder, assault, terrorism, or other overt sins), the penalty must be death within 30-days of the court order.

America’s educational systems are dysfunctional and inadequate to suit the needs of American citizens. If we go back to teaching and enforce learning rules about critical issues, we can change America for the better.

America must learn that guns are our best friends. It is insane people that are our enemies who pull the triggers!

Would it not be insane to address enemy issues by destroying our friends? Gun control is one of the most insane ideas ever created – unless you are a Tyrant or Socialist!

Just try passing laws removing guns (bodyguards) from the forces behind gun control. Can you only imagine the upheaval? Good luck on that one.

Elites always falsely believe they know better than the rest of us. Isn’t this an automatic default admission of insanity?

Psalms 34:11-17 Come, ye children (young Believers), hearken (listen and learn) unto me: I will teach you the fear (respect) of the LORD. What (does anyone) man is he that desireth life, and loveth many days, that he may see good? Keep thy tongue from evil (tell the truth), and thy lips from speaking guile (avoid maligning and gossiping). Depart from evil (mental attitude sins, sins of the tongue, and overt sins), and do good (obey God); seek peace (harmony with all) and pursue it (stay strong). The eyes of the LORD are upon the righteous (those who serve Him), and his ears are open unto their cry (prayers). The face of the LORD is against them that do evil (commit sins), to cut off the remembrance of them from the earth (will destroy them). The righteous (followers) cry, and the LORD heareth, and delivereth them out of all their troubles.