InfoWars Banned by the Silicon Valley Giants for being Right Wing? 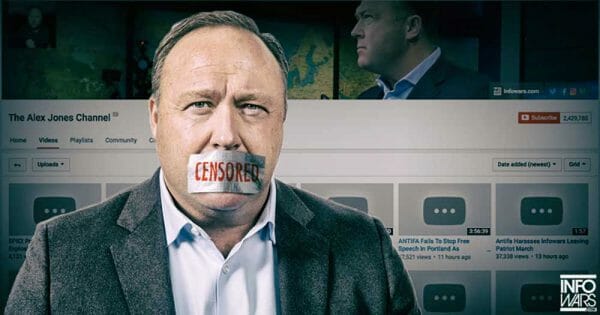 U.S.A. –-(Ammoland.com)- Multiple platforms across the Internet have banned Alex Jones and his website, InfoWars. Apple, Spotify, and YouTube have all removed his content. These Internet platforms claim it is because of his campaign of harassment against refugees, Muslims, and transgender people. His supporters argue that this is just a coordinated attack against conservative voices.

Alex Jones is a conspiracy theorist that rails against what he calls the “New World Order” that “Globalist” run. He has pushed the theory of “Pizza Gate” which was a supposed child sex slave ring ran out of a Clinton linked pizza restaurant in DC. He also claimed that the victims of Sandy Hook were crisis actors.

Jones has made some pretty outlandish claims, and for the most part, I don’t buy into his theories. The question is, are these reasons enough to silence him? Was this a coordinated move or was it just a big coincidence?

These companies are well within their rights to refuse service to whomever they want. The First Amendment only protects people from the government and not companies, but these companies are pushing the idea that this doesn’t have to do …Read the Rest