Incendiary Image of the Day: Did Al Gore Violate Gun Safety in Vietnam with an M16? 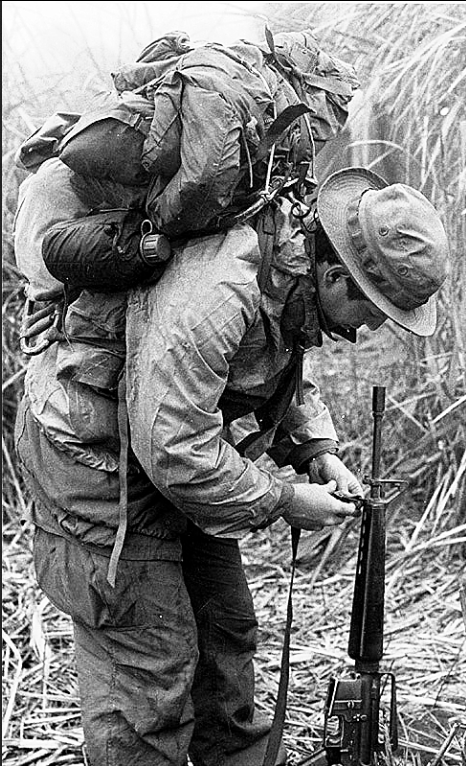 This famous photograph of presidential aspirant Al Gore and his M16 rifle was posted on his web site when he was running for president in 1999. It’s been floating about the Internet ever since. Many use it to mock Gore for his weapon handling skills, or lack thereof. But it doesn’t look that bad to me . . .

There is no magazine in the rifle, so it is likely unloaded (even if the selector switch is on “semi” rather than safe). On closer examination, the M16’s muzzle seems to be pointing to the left (his left) of his head while he adjusts his sling – the camera angle accounting for the illusion that his head is positioned over the muzzle.

Some claim that Gore stated that the picture of him was taken in Vietnam. That is less certain. Here’s a critique by James Welborn at thefireingline.com:

While I laughed until tears were streaming down my face I did not at that time look very close at the photo until a few days later. This photo was on Al’s own website, supposedly showing Al in Viet Nam. The photo is of Al. But it ain’t Viet …Read the Rest