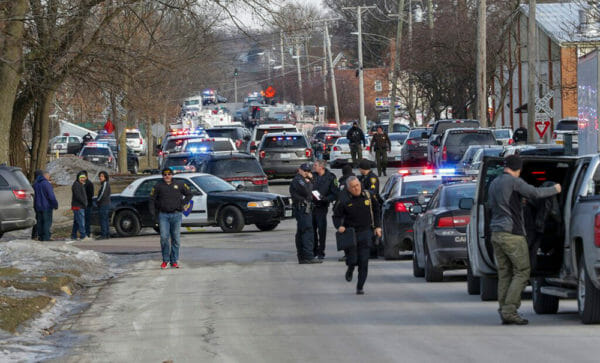 U.S.A. –-(Ammoland.com)- In the aftermath of a workplace shooting in the Chicago suburb of Aurora that claimed five lives, by a man who could not legally have a firearm, the Chicago Sun-Times reacted predictably by demanding in an editorial legislation to “require background checks on gun sales and almost all gun transfers.”

The newspaper identified the killer as Gary Martin, 45, who had just been dismissed from his job at the facility where he immediately opened fire. He reportedly was armed with a .40-caliber Smith & Wesson handgun that he should not have had; one that he apparently purchased legally during a brief period several years ago, and did not surrender voluntarily when ordered to.

The Sun-Times acknowledged that, “Martin had been convicted of a felony that should have prohibited him from possessing a weapon, according to the Aurora Police. He stabbed a woman in Mississippi in 1995, and he’d been arrested by the Aurora Police six times since then, including for violating an order …Read the Rest