How Berkeley Birthed the Right 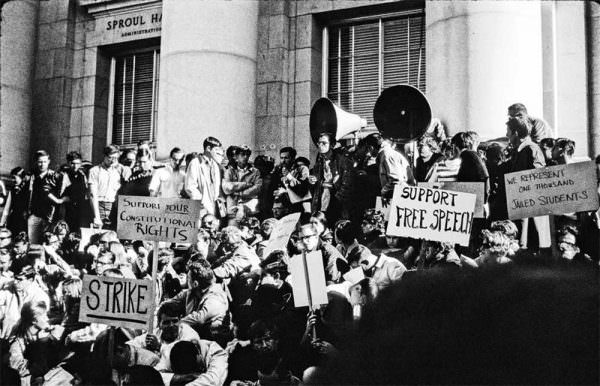 USA – -(Ammoland.com)- In December 1964, a Silver Age of American liberalism, to rival the Golden Age of FDR and the New Deal, seemed to be upon us.

Barry Goldwater had been crushed in a 44-state landslide and the GOP reduced to half the size of the Democratic Party, with but 140 seats in the House and 32 in the Senate.

The Supreme Court of Chief Justice Earl Warren, the most liberal in history, was on a roll, and LBJ was virtually unopposed as he went about ramming his Great Society through Congress.

The left had it all. But then they blew it, beginning at Berkeley.

Protests, sit-ins, the holding of cops hostage in patrol cars — went on for weeks to force the University of California, Berkeley, to grant “free speech,” and then “filthy speech” rights everywhere on campus.

Students postured as revolutionaries at the barricades, and the Academic Senate, consisting of all tenured faculty, voted 824-115 to support all Free Speech Movement demands, while cravenly declining to vote to condemn the tactics used.