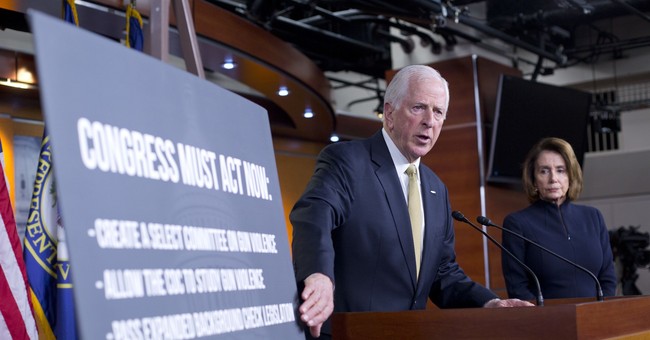 With Democrats now firmly in control of the House of Representatives, it’s time for them to do what politicians with only one chamber of Congress and no control over the White House do. That’s a whole lot of nothing but masquerading.

In this case, it seems that Speaker Nancy Pelosi and company are looking to hold hearings on “gun violence.”

“The U.S. House of Representatives is finally taking action to prevent gun violence – our new majority is answering the call of the American people,” Thompson said.

“For six years, our Task Force implored the previous majority to hold hearings and we were denied. This is a new day – we will have a hearing and we will get results. I am deeply grateful to Chairman Nadler for his leadership on this issue.… No longer will Congress be silent on this issue.