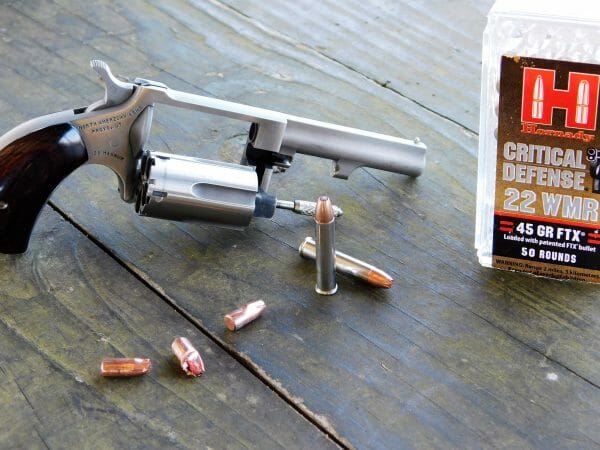 U.S.A. –-(Ammoland.com)- I am a fan of the 22 Winchester Magnum cartridge. It is a true chameleon cartridge. Like that underrated predator, the 22 Magnum comes in many forms and is surprisingly efficient at what it does. Designed as a rimfire rifle cartridge and an improvement over the venerable 22 LR cartridge for use against varmints.

As soon as this new hot round hit shelves in 1959, companies began putting the round into handguns despite the fact that the ammunition was designed to perform best out of rifle-length barrels. This has continued, even with the demand for small framed handguns chambered in the zippy little round as the 22 Magnum takes on an unlikely role of defensive handgun cartridge.

22 Magnum handguns are valued for their lightweight and their total lack of recoil or “kickback” while still being far more potent than the much-maligned 22 LR. I always thought of the 22 Magnum as being the 380 of the revolver world. Those of us who spend any time at the gun shop or the online forums will inevitably hear that the “380 with the right ammo is more …Read the Rest