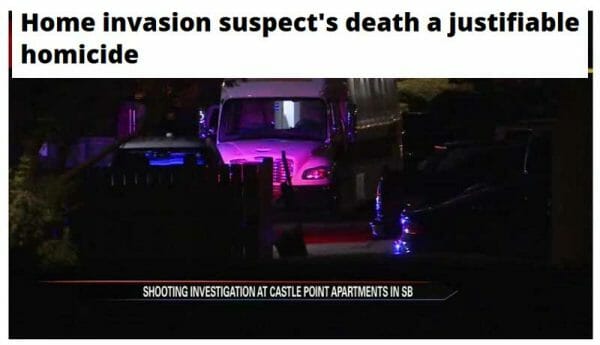 USA –-(Ammoland.com)- ABC TV 57 news reported back on 07-27-18, in South Bend Indiana, St. Joseph County Police were dispatched to an apartment complex for a call about a possible home invasion.

When officers arrived, they found a 27 year old male subject lying on the apartment floor with a gunshot wound to the abdomen. He was transported to the hospital and later pronounced dead.

Officers noted the door to the apartment was splintered and debris from the door was spread throughout.

The female resident and the deceased had previously been in a relationship. When he called, she told him his property was in the car and he wasn’t welcome at the apartment.

A short time later, he arrived and demanded to be let inside. She refused and fearing for her safety, she grabbed her handgun. He broke through the door, moved towards her and began hitting her. She told officers that she then shot him in self-defense.

The prosecutor’s …Read the Rest