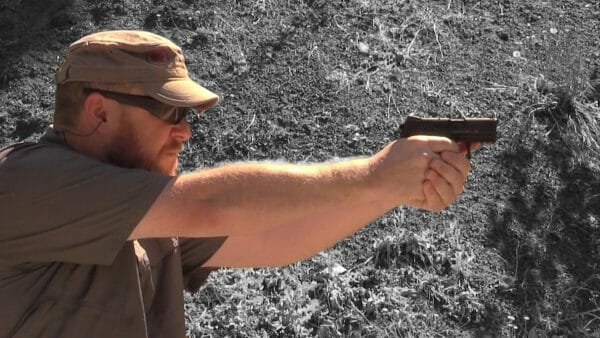 By Graham Baates
YouTube personality, Graham Baates, gives us a video breakdown and review of the HK P30 SK with LEM Trigger.

USA – -(Ammoland.com)- Despite reviewing hundreds of handguns I hadn’t spent much time with an HK pistol. To me they appeared to cost more than most, and have a limited presence in the civilian market. HK fans to me were likely those just trying to justify their expense. All of that changed when I had a chance to try out the HK P30 SK with the LEM trigger.

The HK P30 SK is a subcompact variant of the hammer-fired P30. The LEM trigger is a unique DAO that is effectively pre-staged by the slide. It’s not quite a single-action, but it shoots like one. Should the round fail to fire the trigger can be pulled again with a double-action pull weight. While the trend has been to move to striker-fired pistols there has also been a trend towards appendix inside-the-waistband carry. This combination can be very dangerous as mos striker-fired guns have only a dongle in the trigger for a safety.