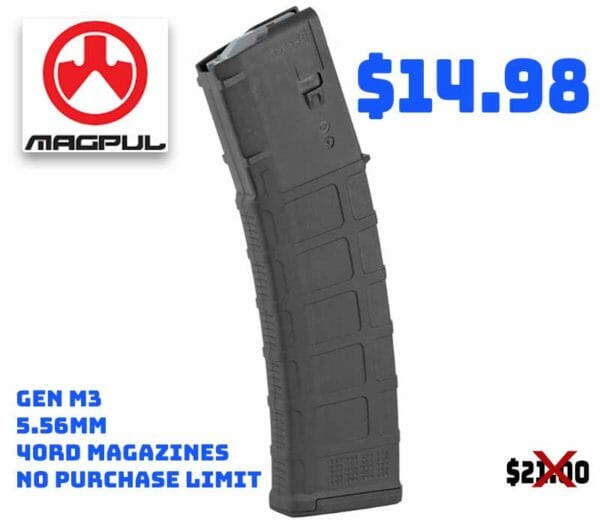 Reliability in a magazine means two things; less time where a shooter is exposed to danger, and more time spent engaging the target. To be called reliable, a magazine needs to do several things really well. It must feed as flawlessly as possible under normal and adverse conditions. It must resist damage due to rough handling, impacts, and other hazards of extreme use. It must be easy to maintain and clean. To be reliable, a magazine must be unstoppable.

For decades, weapons stoppages due to magazines were common and considered a fact of life. Magpul set out to change that, and in 2007 the firearms magazine market was changed forever with the introduction of the PMAG. It broke the reliability barrier by proving that a polymer magazine could not only meet, but also exceed, the durability and reliability of the USGI aluminum AR-15 magazine.

After a decade of rigorous government testing and hundreds of thousands of rounds later, the PMAG has proven itself to be the single-most reliable magazine made. To highlight this fact, in 2017 all four US military services, US SOCOM, and the US Coast Guard either fully adopted …Read the Rest