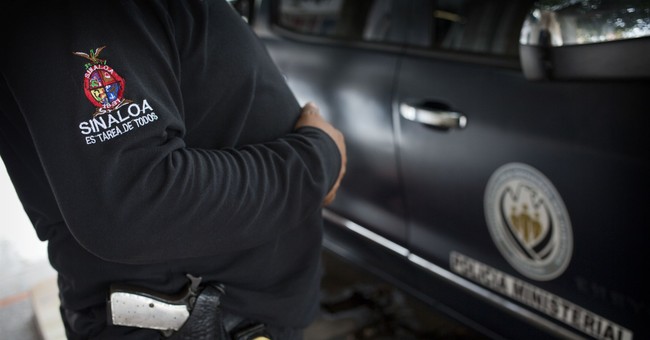 The Mexican city of Culiacan resembled a war zone on Thursday afternoon and evening as security forces battled members of the Sinaloa drug cartel after police and the military attempted to arrest one of the sons of Joaquin “El Chapo” Guzman.

Mexican security secretary Alfonso Durazo said 30 members of the National Guard and army were patrolling in Culiacan when they were fired on from a house. They repelled the attack and inside the house found Ovidio Guzmán López.

The house was then surrounded by heavily armed gunmen who had “a greater force” and authorities decided to suspend the operation, Durazo said. He did not say if Ovidio Guzmán was arrested or went free.

Authorities are now saying that Guzman was either released or escaped custody, but the bottom line is Ovidio Guzman is not in custody at the moment. Meanwhile, the city is still reeling from the violence that erupted yesterday afternoon.

Following Thursday’s localization of Ovidio Guzmán, Culiacan exploded in violence with armed civilians in trucks roaring through the city’s center shooting what appeared to be .50-caliber sniper rifles and machine guns.