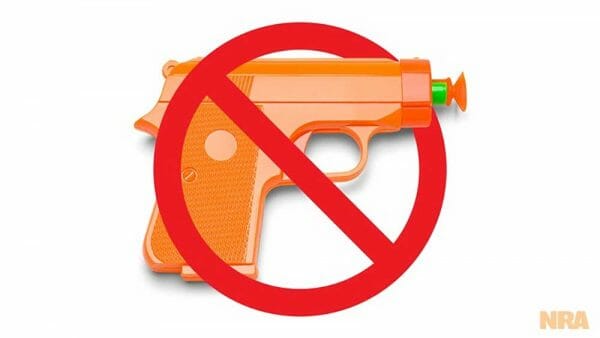 Fairfax, VA – -(Ammoland.com)- During the Christmas of 1914, some French, British, and German soldiers along World War I’s Western Front informally ceased hostilities in order to celebrate the holiday. The truce offered the combatants a brief moment to celebrate their shared humanity amidst the otherwise ghastly conflict.

No such luck for Americans weary of the United States’ all-consuming culture war. For anti-gun zealots, the Christmas season offers fresh opportunities to mold the next generation of obedient statists.

On December 13, the Village of Hempstead, N.Y. hosted the Long Island Toy Gun Exchange Program, modeled after so-called gun “buybacks” that target real firearms. According to a report from local newspaper Newsday, each child received one politically correct toy in exchange “for whatever water pistols, Nerf guns and other toy guns they turn[ed] in.”

The toys for the turn-in were supplied by local businessman Sean Acosta, who made clear that the program is intended to influence impressionable children against firearm ownership at a young age, with the goal of shifting American public opinion against guns. As reported in the Newsday article,

“It has …Read the Rest