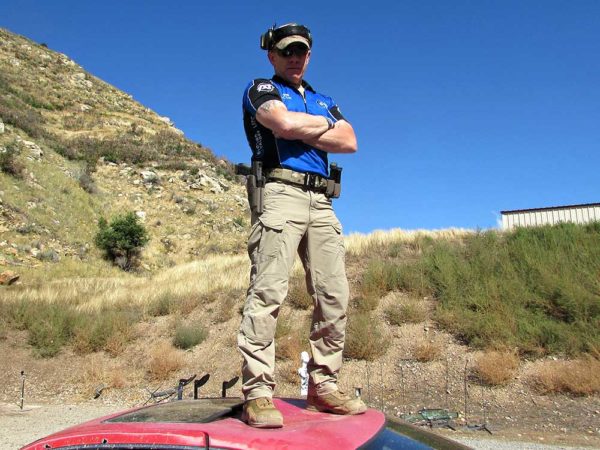 U.S.A. –-(Ammoland.com)-Wes Doss is an amazing man. Wes has dedicated his life to helping others by keeping them safe as a soldier and a law enforcement officer and assisting them in reaching their goals as a firearms instructor.

Wes has spent over 30 years in the military and criminal justice fields. Wes enlisted in the Army and served 21 years on active and reserve duty. He is a veteran of Desert Storm, Operation Iraqi Freedom, and the military action in the Yugoslavia territory. He served his country with honor and pride by holding instructor certifications from the U.S. Army, the U.S. Marine Corps, FEMA, and the Department of State. He also has firearms instructor certifications from Arizona POST, the Smith & Wesson Academy, the Sig Sauer Academy, and NRA LEAD.

Wes also worked for the Mohave County Sheriff’s Office in Arizona as a deputy. He ran the department’s firearms training unit and the agency’s tactical team. His primary goal was to train officers to be able to protect themselves and others in the community better. His high level of training earned praise from the students and agency heads alike.

After years serving his country …Read the Rest