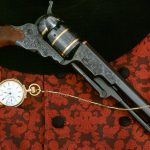 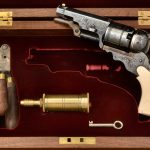 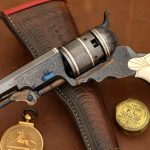 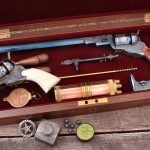 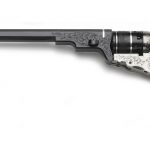 Every story has a beginning, and the story of Samuel Colt begins in the mid-1830s with his first company, established in Paterson, New Jersey, to develop and manufacture America’s first production revolver. Though this venture ended in bankruptcy in December of 1842, Colt’s first revolvers endured, becoming famous in the hands of Texas Rangers throughout the 1840s and establishing a legend that has continued to flourish for more than 170 years. Today, Paterson Colts represent a distinct genre …Read the Rest