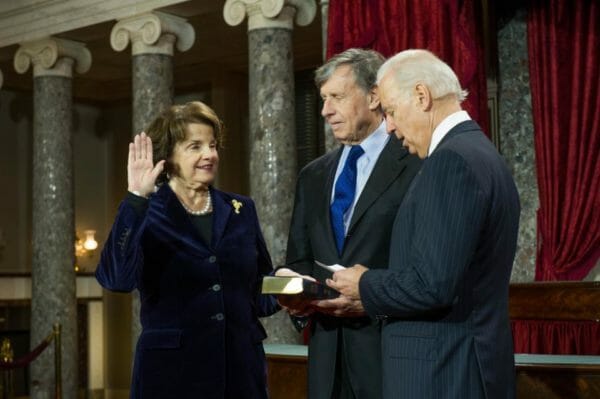 U.S.A. – -(Ammoland.com)- “Senators Dianne Feinstein (D-Calif.), Chris Murphy (D-Conn.) and Richard Blumenthal (D-Conn.) today led a group of senators in introducing the Assault Weapons Ban of 2019, an updated bill to ban the sale, transfer, manufacture and importation of military-style assault weapons and high-capacity ammunition magazines,” a Thursday press release from the senator’s lair threatens. Co-sponsors to the bill include all the usual Democrat suspects, with Chuck Schumer leading the pack.

It’s the second stage of a one-two punch where Democrats are putting their new-found confidence to work after the midterms handed them the House on display. On Wednesday, Nancy Pelosi started the legislative process for ending private transfers.

“Assault weapons and high-capacity magazines are deadly and dangerous weapons of war that belong on battlefields—not our streets,” Blumenthal bleated, parroting a time-tested gun-grabber talking point. He’s counting on the ignorant – and that’s what you’d have to be to vote for someone like him – being oblivious to the fact that an armed citizenry capable of taking to the field and prevailing over enemies foreign and …Read the Rest