Federal Ammunition on Why Bigger Is Better 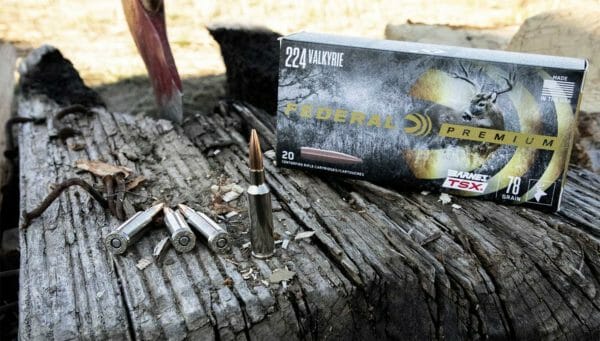 USA – -(AmmoLand.com)- Being the world’s largest ammunition manufacturer helps Federal deliver a wealth of benefits to hunters and shooters.

Modern factory ammunition is now built to such a high standard that many shooters and hunters obsessed with accuracy and performance no longer have to handload to achieve the desired result. They simply trust factory ammo to do the job.

Federal, the world’s largest ammunition manufacturer, has led this charge. It’s obsessed with accuracy and totally dedicated to performance. And it’s been so for nearly a century.

A World of Difference

Being the largest isn’t just boasting, however. It matters because it allows Federal to deliver a wide range of benefits to the actual consumer.

It means they can produce the quantity needed to fulfill military and law enforcement contracts, while also offering an unmatched variety to everyone—rimfire, shotshell, handgun and rifle ammo, as well as primers, cases and component bullets for reloaders. Federal makes hundreds of SKUs ranging from .22 LR to .500 Nitro Express, for everything from competition and plinking to big game hunting and law enforcement.