Everything You Need To Know About Firearm Legal Protection Plans 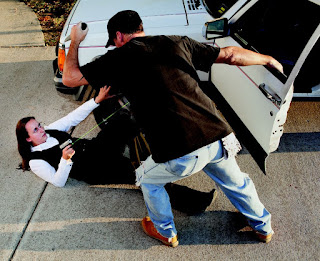 Everything You Need To Know About Firearm Legal Protection Plans

Reminder: I will be making another media appearance on The “Steve Gruber Show” Thursday morning (tomorrow) – November 5th – at 7:15 am. We will be discussing the “Self-Defense Aftermath Seminar” that I have organized for this upcoming Saturday morning and why you should attend it.

The “Steve Gruber Show” airs on over 17 stations on the Michigan Talk network. My segment will air at 7:15am, so don’t stay up too late tonight. Tune in live and listen over the public airwaves at Lansing’s WJIM – 1240AM. You can also catch the show over the Internet: http://wjimam.com/show/the-steve-gruber-show/

About The Author
Rick Ector is a National Rifle Association credentialed Firearms Trainer, who provides Michigan CCW Class training in Detroit for students at his firearms school – Rick’s Firearm Academy of Detroit.

For …Read the Rest