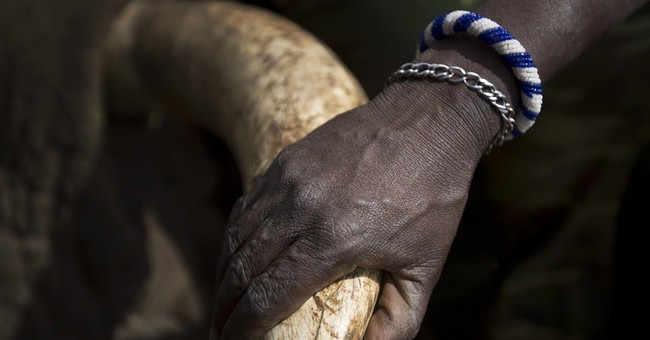 Poachers in Africa love to kill elephants for their ivory. While international law has severely restricted the ivory trade, we all know that laws do little to stop the trade of illicit goods. It just gives the authorities the means to punish those caught with those goods.

In Botswana, they recently disbanded an anti-poaching operation. The aftermath of that decision? Well, it’s not good.

A non-profit conducting an elephant census made the grisly discovery near one of Africa’s most important wildlife reserves. Elephants Without Borders found in an aerial survey that as many as 87 recently-killed pachyderm carcasses with their tusks removed, sure signs of an explosive poaching epidemic.

“I’m shocked, I’m completely astounded,” Dr. Mike Chase with the group told the BBC. “The scale of elephant poaching is by far the largest I’ve seen or read about anywhere in Africa to date.”

Botswana, home to as much as one-third of the global elephant population as well as large stocks of rhinos in a country where some 17 percent of the land is set aside for national parks, for years had an unwritten “shoot-to-kill” policy against suspected poachers. Armed anti-poaching units in …Read the Rest