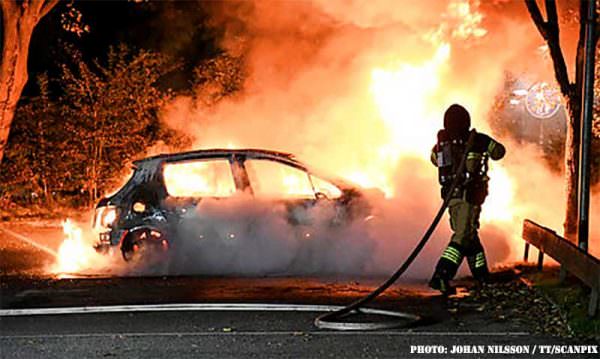 Ft Collins, CO –-(Ammoland.com)- This from a friend in Norway:

“Like much of the rest of Western Europe, Sweden is hopelessly overrun violent, radical Moslems, and it is now spilling-over into Norway.

With the Ramadan Holiday, cars are being set on fire by the dozens in the most crime-ridden (Islamic) parts of Oslo.

Our media (every bit as dishonest and leftist as yours), had falsely labeled these acts of arson as ‘electrical problems’ and ‘youthful pranks.’

It is going to get a lot worse. We are stocking-up on guns and ammunition! ”

The “Run; hide; tell” message, embraced by all Western European governments as their sole advice to citizens with regard to never-ending Islamic terrorist attacks translates loosely to:

and everyone knows it!

Are these descendant of Vandals, Celts, Gauls, Goths, Saxons, and Huns?

About John Farnam & Defense Training International, Inc
As a defensive weapons and tactics instructor John Farnam will urge you, based on your own beliefs, to make up your mind in advance as to what you would do when …Read the Rest