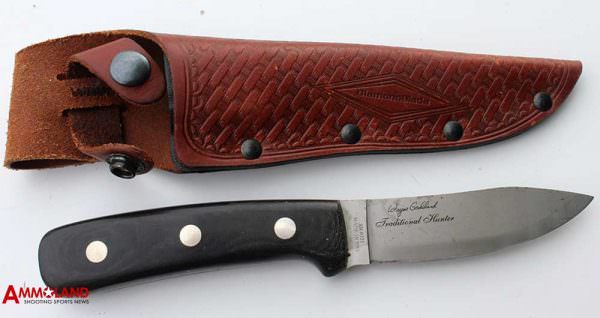 USA – -(Ammoland.com)- In 2005 I became acquainted with Charles Allen the owner of Knives of Alaska and the President of Diamond Blade knives (He now owns Diamond Blade as well).

One thing led to another and I was soon testing his Diamond Blades Traditional Hunter knife model. At the time Ed Sweet with Kid Outdoors and I were taking a bunch of 12-16 yr. old kids bear hunting. He’d film them for his show and I’d write articles on the hunts.

In an NRA Magazine I read a Product Review that said they had skinned three hogs and could still shave with this knife.

I knew then had to test one.

If there is one hunting knife that could be classified as the all-around hunting knife it’s the Wayne Goddard “Traditional Hunter” made by Diamond Blade. Most good skinners prefer a drop point knife. You can skin faster without cutting through the hide. With a clip point knife you’re more likely to …Read the Rest