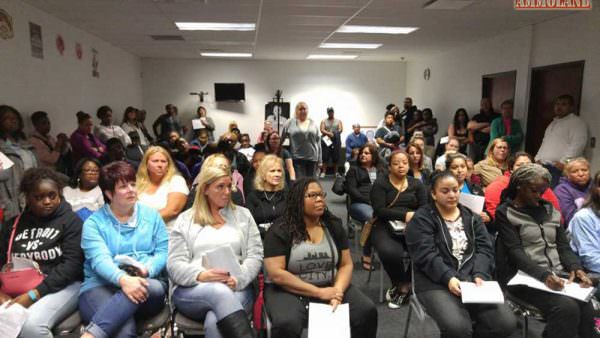 USA – -(Ammoland.com)- This past Sunday, a group of roughly 40 or so gun advocating citizens spent their off day with an unusual goal.

Their aim was to safely train 600 or more women in fundamental firearm safety and basic marksmanship skills in an extended day. Were it not for regular and persistent rain that day, they might have achieved their sought after numerical score in just under a half-day.

On May 21, of year 2017, the followers of Legally Armed In Detroit (LAID) came together at a suburban gun shop to attempt the audacious goal of training a huge gathering of at least 600 women. This group of men and women came together on that day – in the parking lot of the Top Gun Range in Taylor, MI – under the vision of local firearm instructor and gun rights advocate Rick Ector. They all arrived shortly after 8:00 am on that day to start off an organizational meeting that would only last less that 40 minutes to make sure that every contingency had been covered. This was not the teams’ first rodeo.