Der Kommissar, Gun For Me, But Not For Thee ~ VIDEO 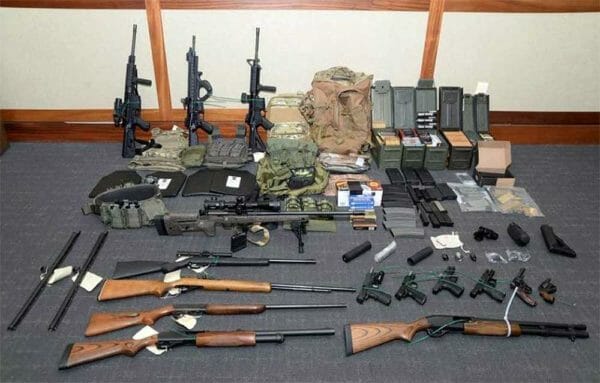 “Did you really think we wanted those laws observed?” said Dr. Ferris.

“We want them to be broken. You’d better get it straight that it’s not a bunch of boy scouts you’re up against.

We’re after power, and we mean it!

There’s no way to rule innocent men. The only power any government has is the power to crack-down on criminals.

Well, when there aren’t enough criminals, one makes them. One declares so many things to be a crime that it becomes impossible for men to live without breaking laws.

Who wants a nation of law-abiding citizens?

What’s there in that for anyone?

But, just pass the kind of laws that can neither be observed, nor enforced, nor objectively interpreted, and you create a nation of law-breakers, and then you cash-in on guilt.

Now that’s the System, Mr. Reardon. That’s the Game, and once you understand it, you’ll be much easier to deal with.”

A US Coast Guard lieutenant and self-identified white-nationalist has been accused of planning a terrorist attack, specifically targeting liberal politicians, according to government investigators.

One inevitable outcome of findings disclosed in the …Read the Rest