Democrats Want An “Assure That Only Criminals Have Guns” Law 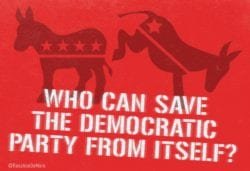 The least smart of the current Democrat candidates for president, the mal-named Beto O’Rourke, has put his foot in his mouth by publicly stating that if elected, he will confiscate the guns of all patriotic, peaceful citizens of the United States. All of the Democrat candidates are in agreement with old Beto, they are just too aware that speaking the truth about your intentions for public policy, once elected, is a bad policy for a Democrat presidential candidate. But the cat’s out of the bag and voting Americans have to consider what’s being proposed by our Democrat politicians.

Do Democrats have a plan to rid Chicago, Baltimore, St Louis and other liberal-run cities of the guns possessed by criminals breaking laws and murdering each other in those cities? No.

Do Democrats worry about the leftist, Obama-era policies that allowed the Parkland killer, a known threat to students in his school, to keep a gun long after he proved himself a threat? No.

Do Democrats recognize that the millions of gun owned by decent, law-abiding people, are not a threat to anyone? No.

Have Democrats proposed a criminal-gun-buy-back program? No.

Do Democrats have common sense? Any thinking person would think not.

Do Democrats respect the constitution of the United States? No.

Why can Democrats not see that if law-abiding citizens, whose guns reside peacefully and quietly in their closets at home, are deprived of their guns, that only criminals will have guns? This is such an obvious fact and truth that only someone willfully trying to deny the truth would espouse such an idea as taking citizens’ guns.

Why would Democrats want to punish law-abiding citizens by making them defenseless and vulnerable to the armed criminal element? Because they’re Democrats; enough said.

Democrats Want An “Assure That Only Criminals Have Guns” Law is original content from Conservative Daily News – Where Americans go for news, current events and commentary they can trust – Conservative News Website for U.S. News, Political Cartoons and more.