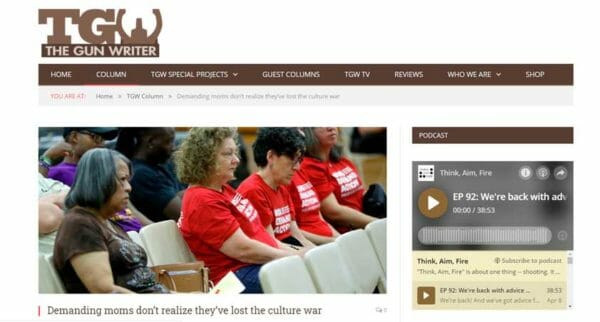 Other Moms chapters are following suit.

I have a couple questions about the demanding moms’ demand.

They both describe themselves as grassroots gun safety groups. They should be chock-full of gun safety expertise, right?

And why should taxpayers foot the bill, especially since both organizations have ready access to Bloomberg money?

In fact, the former New York City mayor and multi-billionaire created both groups overnight, out of thin air. To describe either group as grassroots is disingenuous. I think astroturf is more accurate.

Their lack of gun safety experts, in my opinion, stems from the fact that they don’t care about gun safety. They’re all about disarmament. Always have been, always will be. I’m guessing most of their members have never even touched a firearm, much less know anything about how to operate one safely.

And …Read the Rest