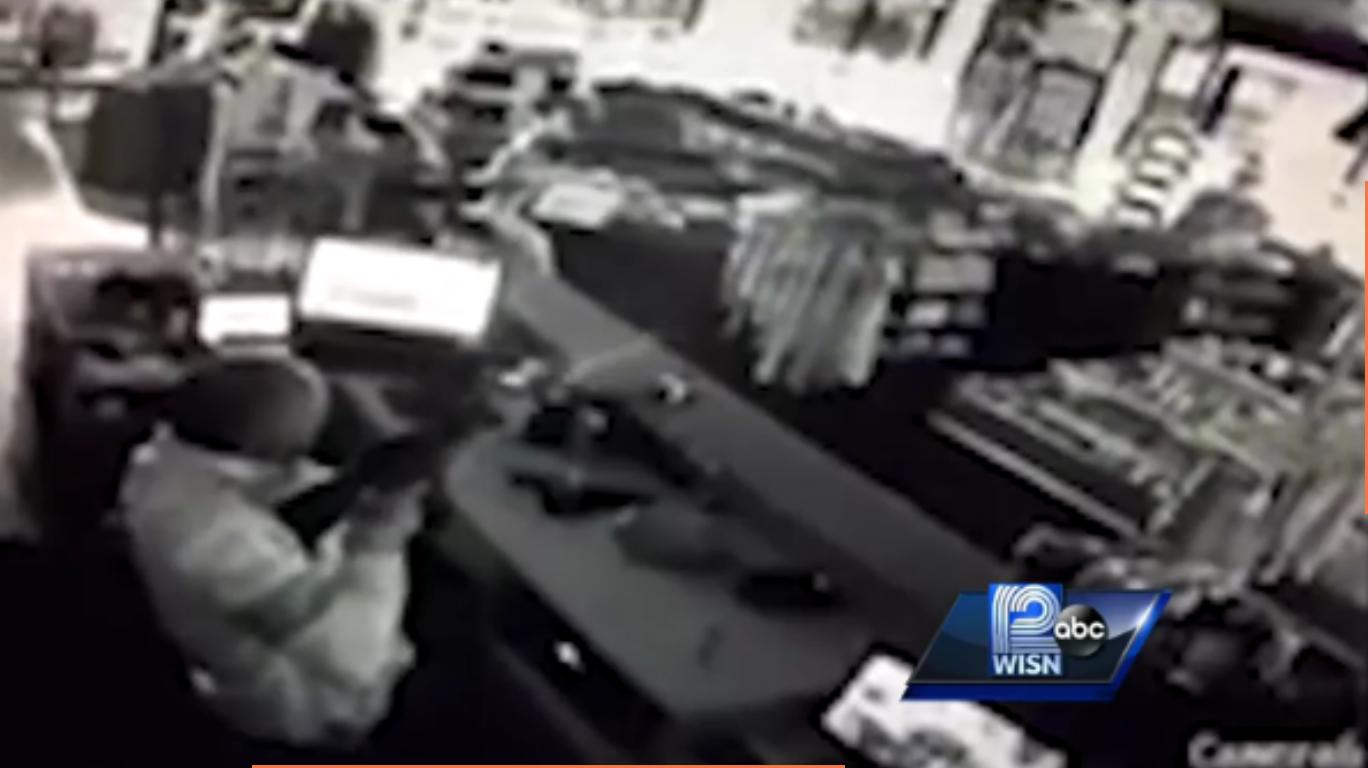 On July 3rd, 2015, Ronnie Murrar grabbed a modern sporting rifle when it counted. Three robbers smashed through a concrete barrier and into the gates of his store with a stolen mini-van. Ronnie accessed an AR-pattern rifle and fired at the invaders as they attempted to squeeze through the damaged gates. At seconds 54-57, he fires about seven shots . . .

Deishun L. Byrd-McWay has been charged in the incident. He showed up at the hospital with three gunshot wounds. Three hits in three seconds out of seven shots at about 20 yards. Under stress. Not bad. In the video, Ronnie doesn’t appear to be using the sights, but does have the rifle at his shoulder, using a variation of a point shooting technique.

The video illustrates many of the virtues of the AR type rifle for defense of self and others. It”s easy to use, points naturally, is easy to control with mild recoil, and has sufficient magazine capacity that you do not have to worry about a reload or attempt to count your shots in a tense, life and death situation.

After the perpetrators flee, Ronnie puts down the rifle and grabs his pistol to …read more