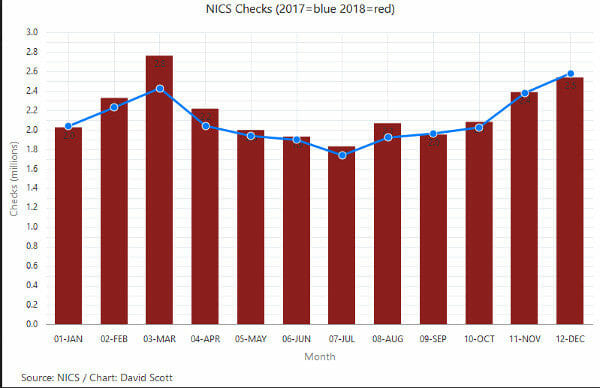 Gun sales are in a minor slump. Some call it the “Trump Slump”. How can this be?

Two things conspired to bring about the “Trump Slump”. The first is that President Trump is not Hillary Clinton. Gun owners are not as concerned about being able to purchase the gun and ammunition they want. There is also less fear of emotionally driven politics will be used to deny them the guns they wish to have.

The second part is many NICS checks are for other purposes. Once we take out the background checks done for permits and permit renewals, The numbers drop. The numbers of permit and permit recheck numbers for December of 2018 were 737,926 and 285,273, respectively. Those are 1,023,199 checks not done for firearms purchases.